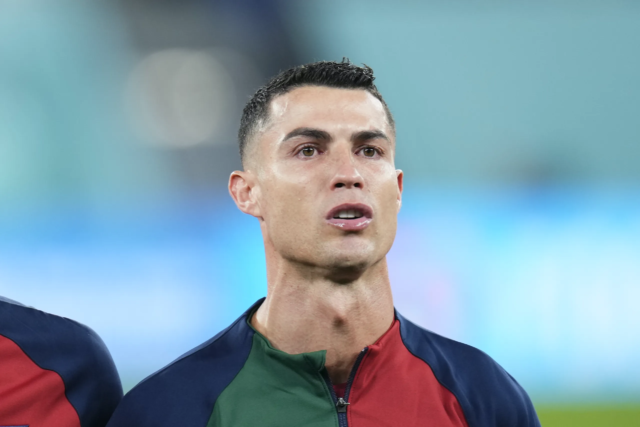 After the departure of one of the best players in the world, Cristiano Ronaldo from Manchester United. Some of his team mates have been paying tribute and reacting to the incident that happened.

United confirmed in a statement last week that their legendary forward’s contract had been terminated by mutual consent following his explosive interview with Piers Morgan. Among other bombshells, Ronaldo claimed he felt ‘betrayed’ by the club and said he had no respect for Dutch manager Erik ten Hag.

READ ALSO: See What Arsenal’s Bukayo Saka Did for 120 Kids in Nigeria

The interview made his position at the club untenable and his exit was confirmed on Tuesday. The club said: “Cristiano Ronaldo is to leave Manchester United by mutual agreement, with immediate effect. The club thanks him for his immense contribution across two spells at Old Trafford, scoring 145 goals in 346 appearances, and wishes him and his family well for the future.

“Everyone at Manchester United remains focused on continuing the team’s progress under Erik ten Hag and working together to deliver success on the pitch.”

“It was good for me while it lasted. Now Cristiano has taken a different decision for his career and his family and we have to respect that. I haven’t discussed the topic with Cris. We’re all focused on the national team and the World Cup. I don’t feel uncomfortable. I don’t have to pick a side. It was a dream come true to play with Cristiano [at United] but nothing lasts forever.

“It has been an unbelievable experience to play with him. He is one of my idols and someone I always looked up to. It’s something I can keep with me forever. I wish him all the best and we want to thank him for the things he’s done for Manchester United.”

“I haven’t exchanged any messages with him, but Cristiano Ronaldo is a player with great experience, and he knows what’s best for his career. Of course we are sad a player like him is leaving because we are talking about one of the best players of all time.