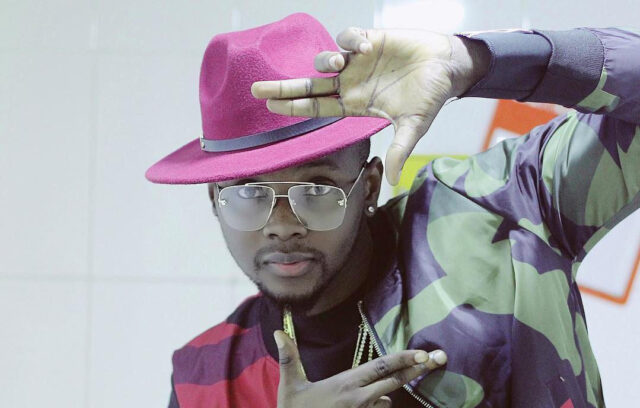 The Popular “Buga” Singer, who is a celebrated Nigerian Singer and songwriter,  Kizz Daniel has rendered an apology to the angry crowd after arriving 4 hours late to an event he was supposed to perform.

Kizz Daniel went viral yesterday on Twitter after some fans called him out for arriving 4 hours late to an event he was supposed to perform. The angry funds booed the artist on the stage as they changed a ‘refund’.

Explain the cause for his lateness, Kizz Daniel said that his passport was withheld at the US consulate in Nigeria until the day of the show which caused his previous booked flights to be canceled.

“DMV, THANK YOU FOR SHOWING UP LAST NIGHT, AND SINCERE APOLOGIES FOR ALL THAT HAPPENED. FOR SOME REASON, MY PASSPORT WAS WITHHELD AT THE US CONSULATE IN NIGERIA UNTIL THE DAY OF THE SHOW AND PREVIOUSLY BOOKED FLIGHTS HAD TO BE CANCELED. SAME REASON I RESCHEDULED THE NEW YORK SHOW.

JUST FOR THE LOVE AND RESPECT, I HAVE FOR YOU AND MY CRAFT I GOT ON THE NEXT AVAILABLE FLIGHT TO NEW YORK THE SECOND I HAD MY PASSPORT THINKING I COULD STILL MAKE IT CUZ I JUST DON’T WANT TO CANCEL ANOTHER DATE. I BOOKED A PJ TO DMV FROM NEW YORK TO MAKE THE JOURNEY FASTER BUT UNFORTUNATELY, IT DIDN’T WORK.

I WENT STRAIGHT TO THE VENUE FROM THE AIRPORT. WE COULD HAVE MOVED THE SHOW BUT MY TEAM AND I BELIEVED WE COULD MEET UP. THE PERFORMANCE WOULD HAVE BEEN LONGER ALSO IF THE VENUE HAD ALLOWED IT.
SO SORRY GUYS, I WILL MAKE IT UP TO YOU. A NEW DATE WILL BE ANNOUNCED AND ALL YOUR TICKETS REMAIN VALID.”

RMD @ 61 – See all Reactions to His Energetic Dance Video

Check How Many Jobs are Available in Specialty Insurers

6 Foods With High Saturated Fat -Their Effects on our Health

Kizz Daniel – Why i was Late for 4 Hours Before...

Check How Many Jobs are Available in Specialty Insurers

6 Foods With High Saturated Fat -Their Effects on our Health