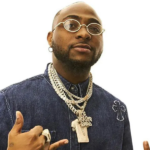 Davido whose biological name is David Adedeji Adeleke, is a successful Nigerian musician, who is very popular all over Nigeria and beyond. Davido was given birth on the 21st November, 1992 to the family of Mr. & Mrs. Adedeji Adeleke in Atlanta, Georgia, United States of America.

Davido is a talented singer, songwriter, record producer, and music executive who has done well in the Nigerian Music Industry. He has brought up numerous music artists like Mayorkun, Dremo Peruzzi through his record labels who are also successful in their music career as well.

He became a famous face in the Nigerian music industry after releasing his hit single, Dami Duro, in 2012. He released his debut studio album, Omo Baba Olowo, in 2012 to critical acclaim.

Due to the success of his sophomore single, Omo Baba Olowo, he won the Next Rated Artiste award at The Headies 2012.

He signed a contract with RCA Records, a subsidiary of Sony Music, in July 2016. He released the top-charting singles, “If and Fall”, in 2017. Both songs were a hit internationally, as Fall was the longest-charting Nigerian pop song in Billboard history

He released his second studio album, A Good Time, in November 2019, while his third album, A Better Time, was dropped in 2020. Formerly signed with HKN records.

Here is The Full Profile of Davido

Mr. Adedeji Adeleke and Mrs. Veronica Imade Adeleke gave birth to Davido on the 21st Of November 1992. He is the last child of the Adedeji Adeleke’s Family and was born in Atlanta, Georgia. He has five older siblings.

Although born in Atlanta, he schooled in Nigeria during his formative years and traveled back to Georgia during the holidays.

His father is a business tycoon, who is very successful and also the proud owner of Adeleke University which is located in Osun State Nigeria, while his mother was a university lecturer.

His mother, Veronica Imade Adeleke, died in 2002 when Davido was just ten years old. He is the first cousin of musicians, Shina Rambo and B-Red.

Davido initially wanted to be a music producer and bought music equipment that he used to produce beats while studying at Oakwood University. He also had a flair for music promotion and was focused on promoting the music career of one of his cousins. However, things didn’t work out with his cousin.

Check This: How to Make a Group Chat on Snapchat – Learn it Now!

Davido’s parents, Mr. and Mrs. Adedeji Adeleke are well to do and weathy, this has made Davido to receive the best of education possible. He attended British International School for his elementary and secondary school educations.

He studied Business Management at Oakwood University, Alabama, before dropping out to focus entirely on his music career. After a while, he chose to heed his father’s advice and further his education once again. In 2011, he enrolled at Babcock University for a degree in music and graduated in 2015.

His father had paid the university to start a music department for an inaugural class of one.

Davido is an indigene of Ede, Osun State of Nigeria. He is a successful musician and also a songwriter. Therefore he has made so much money, he has properties in the United States, United Kingdom, and Nigeria.

He shuffles his time between Atlanta and Lagos. He used to live in a mansion in Lekki, Lagos. However, during the pandemic, he moved into a new home in Banana Island in which he recently acquired.

He is not yet married and has three children: two girls and a boy. He was barely nineteen when his first child, Aurora Imade Adeleke, was born to him by Sophia Momodu. He was formerly engaged to Chioma Avril Rowland, who is the mother of his son, Ifeanyi Adeleke Jnr.

Davido is considered to be the wealthiest Nigerian artist. He is the leader of the 30 Billion Gang. Davido is known for his luxurious lifestyle and philanthropic exploits. Although he comes from a wealthy home, Davido is a self-made Billionaire who has been successful in the music industry.

Davido‘s official first single which was dropped on the 7th Of May 2011. Rapper, Naeto C lent his vocals to the song, contributing to its success in the industry.

The song, which he produced, was recorded in London, while Clarence Peters shot the music video in Nigeria. He was signed to HKN Records during this period, which his older brother, Adewale Adeleke, owns.

In 2011, he released his debut studio album, Omo Baba Olowo, featuring hit singles: Dami Duro, Ekuro, Overseas, and Back When.

The album, nominated for the Album of the Year category at The Headies 2013, also won the Best R&B/Pop Album at the same award show.

In 2013, Davido partnered with his friend and producer, Shizzi, to release the hit singles: Gobe, One of a Kind, and Skelewu. Skelewu was a massive hit globally as it promoted a unique dance style that trended for some years. Davido shot two music videos for the single. The first was directed by Sesan, while Moe Musa shot the second in London.

On the 1st Of February 2014, he took the industry by storm with the release of the song, Aye. The music video, which Clarence Peters shot, was released six days after.

That same year, he collaborated with South African star, Mafikizolo to record and drop the song, Tchelete (Good Life). Then, in June 2015, he released Fans Mi‘s trap song, which had American rapper, Meek Mill as a guest artiste.

He announced to his fans in January 2016 that he had signed a record deal with Sony Music via their music imprint, RCA Records. Months later, he set up his record label, Davido Music Worldwide (DMW). He signed three artists that year: Mayorkun, Dremo, and Ichaba.

In addition, he released Son of Mercy, a five-track EP, in 2016. The project features singles – Coolest Kid in Africa featuring Nasty C, How Long, and Gbagbe Oshi.

On the 17th Of February 2017, he released the song, If, to critical acclaim. The song, which was written and produced by Tekno, won Best Pop Single and Song of the Year at The Headies 2018.

In addition, the single was certified diamond by the Recording Industry of South Africa (RISA), which meant it had sold over 200,000 units. The music video for If was shot and directed in London by Director Q.

Four months later, Davido dropped the international banger, Fall, on the 2nd Of June 2017. The song, which was one of the top-100-Shazam-searched singles in America, was also certified platinum by the Recording Industry of South Africa (RISA) and was the longest-charting Nigerian pop song in Billboard history.

The music video for Fall was shot and directed by Daps in the United States. Since its release, the music video has earned over 100 million views on YouTube, becoming the first video by a Nigerian artist to achieve the milestone.

A few days to his twenty-fifth birthday, he released the single, FIA, on the 10th of November 2017. Fresh VDM produced the song while Clarence Peters directed its video.

He released Assurance on the 30th Of April 2018 to celebrate his girlfriend, Chioma Avril Rowland‘s, 23rd birthday. Davido went home with the Best African Act award at the 2017 MTV Europe Music Awards. He also won the Best International Act at the 2018 BET Awards.

Davido sold out his organized show at The O2 Arena in London in 2019. He was the first solo African artist to do so. Before releasing his second studio album, A Good Time, on the 22nd Of November 2019, he dropped top-charting singles, Blow My Mind and Risky.

He collaborated with Chris Brown for the former while he featured dancehall artiste, Popcaan on the latter song. Meji Alabi directed the music video for Risky.

His third studio album, A Better Time, was released to the joy of his fans on the 13th Of November 2020. The song features collaborations with artists such as Ckay, Mayorkun, Bella Shmurda, Lil Baby, Nas, Nicki Minaj, Young Thug, and Chris Brown.

By December 2020, the album had accumulated over 213.2 million streams. Prior to the project’s release, he had released the song, Fem on the 10th Of September 2020. Dammy Twitch directed the music video.

Davido co-founded HKN Music with his elder brother, Adewale Adeleke. Nowadays, the report label is domestic to many artists. He has also produced for several artists like Skales, Tiwa Savage, Naeto C, and lots of greater acts that have been in the Nigeria Music Industry.

He also launched his own music label Davido Music Worldwide in 2016. He founded it shortly after signing up with Sony Music. Numerous top musicians signed below the label imprint. A number of them consist of Teli, Peruzzi, Mayorkun, Dremo, and others.

Below are some of Davido’s hit songs of all time

On April 6, 2012, Nigerian Entertainment Today stated Davido had signed a ₦30 million endorsement cope with MTN. The deal unveiled him as the face of MTN Pulse, an advertising and marketing campaign aimed at Nigerian adolescents.

As part of the deal, Davido was on the Guinness International of extra concert along artists inclusive of P-Square, D’banj, Wizkid, Ice Prince, Burna Boy, Olamide, Phyno, Chidinma, Waje and Tiwa Savage.

On May 9, 2018, Guardian Life mentioned Davido had signed an endorsement cope with Infinix Phone, a Hong Kong-based phone manufacturer.

Davido is the second most followed African on Instagram. He has over 21.5 million followers on the platform. He has avid user of his social media platforms and he often discusses with his fans all over the world.

Recently, he communicated to his fans via his Twitter account that he needs donation for his birthday, many of his fans donated to him and he was able to gather over 100 millions of naira during the course.

Davido, however set up a committee to discuss how the money generated would be distributed to the motherless babies’ home in the whole of Nigeria.

You can connect with Davido using the following social media:

Who writes songs for Davido?

What are Davido fans called?

Davido. Famously called the “30 billion gang“, 30BG is known for its expensive lifestyle after its role model, Davido. The Nigerian-American singer fan base is no joke, with a 22.2M social following on Instagram with an average of 500k likes.

Who is Chioma to Davido?

Chioma, who clocked 27 on Saturday, is mother to Davido’s third child and only son, Ifeanyi Adeleke. Sharing a picture of the chef on his Instagram story, the Champion Sound crooner showered prayers on the celebrant.

All biographies and profiles that are being published on celebritybiog.com are for knowledgeable reasons and also to inspire our esteemed readers to follow their dreams that there is no mountain is too high to climb.

If for any reason, you may have any corrections or additions, please don’t hesitate to contact us via our email: admin@celebritybiog.com

See Reactions as Funke Akindele’s Ex-Husband Reunites With His Twins After...

Know What Happens to Landlords That Rent House to Yahoo Boys

Guess the First Afrobeat Artist to Perform in BET Awards?

See Reactions as Funke Akindele’s Ex-Husband Reunites With His Twins After...